One of the pleasures of being in a nearly world-wide religion associated with the British Empire and its offshoots is to go into a church and know roughly what sort of people you will meet (educated and pleasant), what sort of religious thought you will be exposed to (Christian eclectic), and to be among the faithful. I have been at St. James in Paddington, London, St Patrick’s Cathedral in Dublin, built in 1191 (the established church kept the cathedral at the time of the Reformation), and elsewhere across the planet.

Today it was Christ the Redeemer in Sarasota, Florida, where our hosts are congregants. By happenstance, we ran into an organist practising there, who welcomed us in. We were treated to Bach’s Prelude and Fugue in A-minor, BWV 543, described by the organist as a mature work of the great master, and a transcription of Fredrick Delius’  “On Hearing the First Cuckoo in Spring”, appropriate because the composer spent time in Florida. It produced in me a spiritual stillness for which one longs but seldom finds. 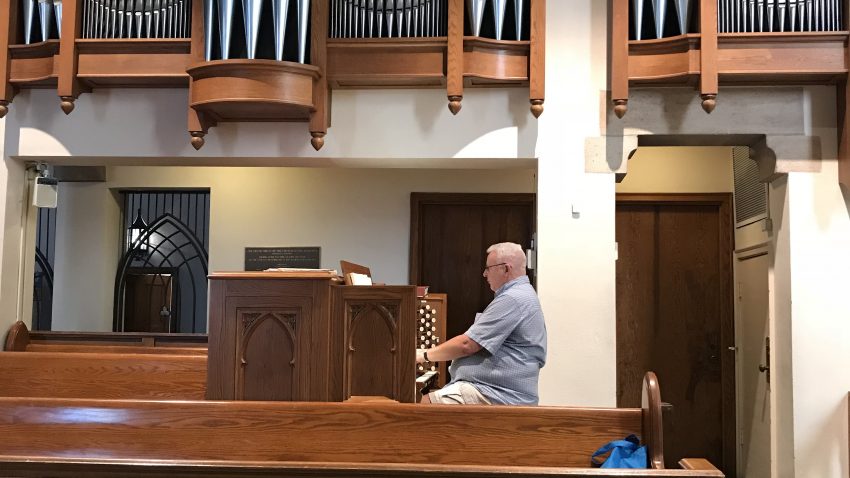 The organist is James Walton. He referred me to his youtubes, one of which is here.

Finally, I give you Robin Williams’ ten top reasons for being Episcopalian.

Top Ten Reasons for being an Episcopalian:

9. You can believe in dinosaurs.

7.You don’t have to check your brains at the door.

3. All of the pageantry, none of the guilt.

2. You don’t know how to swim to get baptized.

1. No matter what you believe, there’s bound to be at least one other Episcopalian who agrees with you.

A more serious and profound set of reasons in presented here.