A friend came to use the swimming pool and on her way back to her house she commented on the fact – as she believes- that the world is burning up. There has been smoke in the air from distant forest fires. At church on Sunday in the prayers for the people, the speaker prayed for those not accepting vaccinations and for a respite from forest fires which were caused by out of control climate change. These are intelligent people, and the frame through which they perceive reality is that we are in an ongoing man-made  catastrophe. The alternative that I propose is that we are in a state of mass psychosis. It is equally man made, but one side is plugged into reality and the other is delusional. But who, you might ask?

If you can endure the reciter’s annoying voice and cadence, I recommend you work through this interesting video on mass psychosis, linked below.  Fear leads to menticide, menticide to totalitarian rule. The terror comes in waves. It is being generated and manipulated by elites. Does this sound to you like what you are experiencing? We live in an age which is at once technocratic, puritanical, and unforgiving. The obsession with power by today’s radicals is  the characteristic of the pagan world before Christianity. You will miss it when it its effects on people are gone. In truth you are experiencing a world which is increasingly de-Christianized. False gods abound.

The video is based on the work of Joost Merloo’ s The Rape of the Mind, which is expensive, but worth considering buying. 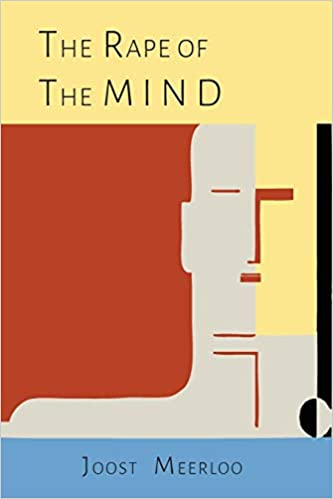 We don’t need totalitarianism to accomplish all this, e.g. https://www.city-journal.org/classical-music-under-racial-attack-part-2

An interesting view. I think one can have many of the negatives of totalitarianism and still have voting and parties. See Portland Oregon for example. More generally, modern society in North America at the moment.