The explosion of the volcano off Tonga Island is said to have been bigger than that of Mount Pinatubo in the Philippines. The earth is a massive pressure cooker. Expect a small drop in global temperature from the scattering of ash in the upper atmosphere. See how much this fact will be played up or ignored. 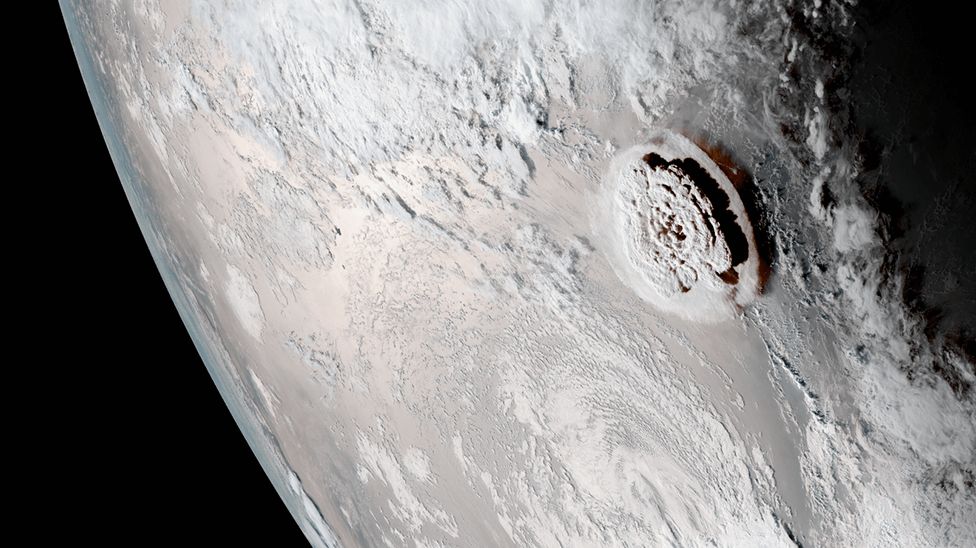 Post script:  It now is said to have measured 6 megatons in power. The message is at the 2:15 mark in the video below.

Scientists are struggling to monitor an active volcano that erupted off the South Pacific island of Tonga at the weekend, after the explosion destroyed its sea-level crater and drowned its mass, obscuring it from satellites https://t.co/g6IRtAIblF 1/6 pic.twitter.com/SdFd8jPxx9