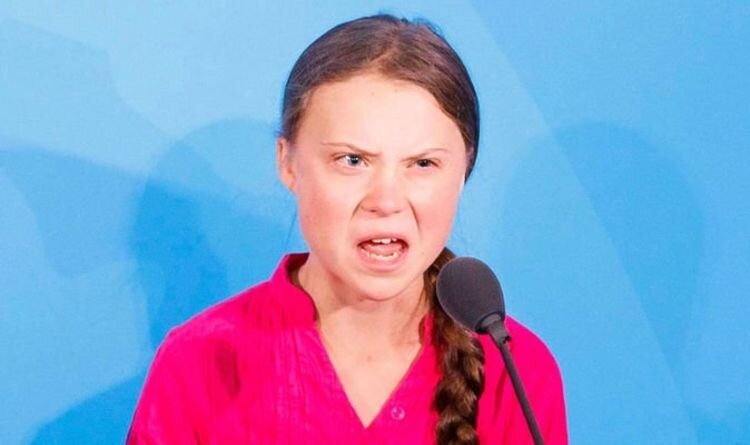 The prosecution of Naomi Seibt by the Ministry of Truth in North-Rhine Westphalia indicates just how rough the Left will play in suppressing climate skepticism of the most reasonable kind.

Repeat daily: science is not a doctrine but a process of inquiry into one’s own premisses.

Arthur Koestler was a Hungarian of German-speaking culture who joined the German Communist Party and left it, for all the right reasons, in the late 1930s. His most famous writing is Darkness at Noon, which tells the story of Victor Rubashev, a Communist official arrested by the secret police, who finally consents to his death in the service of the Communist cause, even though he is innocent of any crime, deviation, or disloyalty to the Cause.

Darkness at Noon is one of the classics of the literature of disillusionment with Communism. I cannot recommend it enough.

Quite by accident I came across his autobiography “The Invisible Writing“. It recounts his years in the Communist Party in Germany in the years 1931 to 1938. The opening sentence reads:

“I went into Communism as one goes to a spring of fresh water, and I left Communism as one clambers out of a poisoned river strewn with the wreckage of flooded cities and the corpses of the drowned”.

In the second chapter he recounts the fatal weakness of the Communist Party of Germany in the face of the National-Socialist takeover. He likens the Party to a castrated animal, and describes how rapidly the whole structure was rounded up by the police after the Nazis took over in 1933.

“We had marvelled at the conspiratorial ingenuity of our leaders; and, though all of us had read works on the techniques of insurrection and civil warfare, our critical faculties had become so numbed that none of us realized the catastrophic implications of the scheme. The preparations for a long underground existence in decentralized groups meant that our leaders accepted the victory of the Nazis as inevitable”.

Another salient feature of living as a Communist was the total subordination of personal emotions to Party discipline, which meant that close personal friendships were eviscerated.

“As in boarding schools and convents intense personal ties are suspected of having an erotic background, so friendships within the Party aroused political suspicion. This attitude was not unreasonable, for between people whose entire life was dedicated to and filled by the Party, non-political friendships were hardly possible. The slogans of the Party emphasized the diffuse and impersonal “solidarity of the working class” instead of individual friendship, and substituted ‘loyalty to the Party’ for loyalty to friends. Loyalty to the Party meant, of course, unconditional obedience, and meant furthermore, the friends who had deviated from the Party-line, or for some reason had fallen under suspicion. Almost unconsciously I learned to watch my steps, my words and my thoughts.”

The same lack of freedom is recounted by the former leftist David Horowitz, in his book Radical Son, written in the 1980s. That is to say, Horowitz maintains that only outside the Left, as he defines that term, does freedom of thought and discussion exist. (There might be equivalent constraints on thought inside a severe order of Catholic priests or intellectuals, or Muslim radicals). Thus when Horowitz broke with the Left, he found that there were liberals who favoured the Vietnam War and conservatives who were against it. I can still recall his shock at discovering that outside the iron grid of Leftism, people were actually free to disagree. Horowitz so defines the Left as to exclude from it most reasonable, non-totalitarian, left-wing politics, and I follow his example.

In the venomous atmosphere of the Party, every sort of personal betrayal was not merely possible, it was expected. Koestler again:

“Few among the intellectuals in the Party realized the time that their mentality was a caricature of the revolutionary spirit; that with in the short span of theree generations the Communist movement had travelled from the era of the Apostles to that of the Borgias. But the process of degeneration had been gradual and continuous, and the seeds of corruption had already been present in the work of Marx: in the vitriolic tone of his polemics, the abuse heaped upon his opponents, the denunciation of rivals and dissenters as traitors to the working class and agents of the bourgeoisie.”

“The Marxist doctrine is a drug, like arsenic or strychnine, which in small does have a stimulating, in larger doses paralyzing, effect on the creative system”.

I eagerly await the emergence of re-convertants from political correctness. I eagerly await the literature of disillusionment from the political doctrines of equality pushed to extremes. Unfortunately, I do not think there will be one. I propose two reasons. In the intervening years since the 1930s, the decline of educational standards has become so acute that I doubt they would have the discipline and writing capacity to express themselves on anything other than confessional television shows. More important, the political Left was always grounded in Marxism which, however demented, was actually a theory of history, and made some predictions about how the world was to turn out. That they were wrong only showed the extent to which Marxism at least pretended to be scientific.

Currently the political Left is driven by anti-whiteness, which is really the current manifestation of antinomianism. It does not even pretend to be scientific. By antinomianism I mean the hatred and rejection of all existing standards and structures in the liberal West because they represent the workings of bourgeois commercial “white” civilization. My essential point about contemporary Leftism is that, if you made all white people disappear in a puff of smoke and replaced them with Japanese, or any other technically and socially competent group, the Left’s hatred of reality would compel them to reject that outcome just as severely.

The Marxists at least had a clue that one structure would be replaced by another. I am not sure the current anti-whiteness brigade have even approached that degree of coherence.