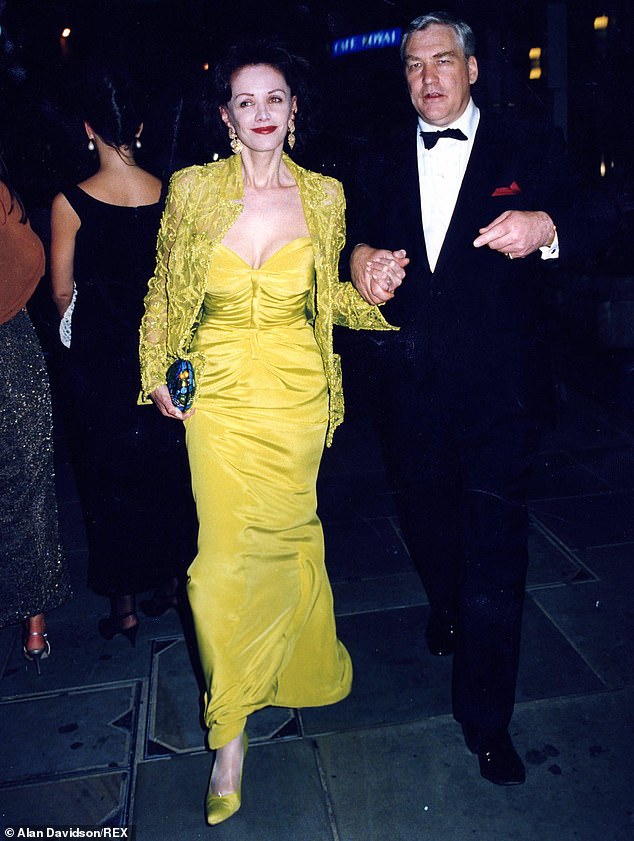 Barbara Amiel retorts today in the pages of the Daily Mail.

“At times I was suicidal, but Conrad’s intuition and business skills had not deserted him. Incredibly, my husband raised a cash income of around half a million a year. Then he was on to a new business venture in Europe.

He was back in the game. Each week he looked irritatingly younger. For Conrad, the best revenge really was to enjoy life.

For me — soon to be 80 — the only revenge would be to see our persecutors guillotined. I have worked out 1,001 ways to see them die, beginning with injecting them with the Ebola virus and watching.

I do think the legal profession — and my experience of this was greatest in Canada — is a deplorable profession. If it were possible to have a society of laws without lawyers, I’d recommend disbarment for 90 per cent of them and the strangulation at birth of any infant whose parents wish the baby to go in that direction. An impossible dream.”

“Everyone counsels against revenge, even Saddam Hussein.”

Saddam Hussein talked to the young man whose father Saddam  had had killed. He said to the young man: “Do something else with your life. The line-up of people who want me dead is a million people long. Don’t waste your life standing in that line.” The kid took his advice, emigrated from Iraq and became a success. Saddam only died once.

“Revenge is barren of itself: it is the dreadful food it feeds on; its delight is murder, and its end is despair.”

“We should forgive our enemies, but not before they are hanged”
― Heinrich Heine

“When you begin a journey of revenge, start by digging two graves: one for your enemy, and one for yourself.”
― Jodi Picoult, Nineteen Minutes